Rosemary is a woodsy resinous plant native to Mediterranean regions, and beloved throughout the world for its robust flavor and fragrant smell. It grows abundantly as a shrub with a thick tree-like stem covered in scaly bark; bears dark green needles that are silvery and somewhat sticky on the undersides; and produces clusters of small ruffled flowers that range from purple or blue to nearly white. Perhaps because of a resemblance to ocean spray, an origin of rosemary’s name comes up as translating to “sea dew”, from the Latin ros marinus. High in volatile oils, rosemary has been found in a multitude of culinary and medicinal histories throughout the world.

Rosemary’s appearances are broad and varied across Europe. It may have been a wassail bowl decoration in England, first as the actual herb adorning the bowl itself and finally, a decoration included in the design of the bowl. Rosemary was also used to decorate boar’s heads and other savory game at the wassail feast. In other midwinter traditions across Northern Europe, rosemary was often included alongside other more traditional evergreens such as holly, ivy, pine, spruce, and fir as decorations in solstice and midwinter festivals. Rosemary sprigs were pinned upon the lapel or chest pocket, or worn as a wreath around the head, at weddings across parts of England. Rosemary also appears in funeral practices, again, either worn as a sprig or held in the hand and cast onto a grave, or placed on top of a coffin before burial. This practice was brought over to the United States and may still appear in some parts of England and Wales. But other funerary rites are recorded. In parts of Scotland, rosemary was sometimes strewn across the deceased body, and burned as a fumigant in the chimney of the home. As a death rite, this ritualistic use implies the protection of a deceased person to prevent witches from interfering. Shakespeare memorializes rosemary as a catalyst or symbol of remembrance, and could be a reference to earlier known funerary traditions. However, rosemary is also cited in Roman texts, Culpepper, and contemporary medicine as an aid to sharpness of both thought and memory.

​Rosemary has been reportedly found within tombs in Egypt, and there are some citations of use across Northern Africa for burning rosemary as protection against the evil eye. I also came across a few anecdotal mentions that rosemary was thought to smell like frankincense, and that Ancient Greece and Rome burned rosemary in temples and as offerings. I'm currently lacking the texts that would support this, but there are plenty of other recorded uses of herbs, perfumes, resinous trees, and incense throughout the histories of Greece and Rome. We also know that burnt items were either offerings to the gods or sacrifices; and that ritual cleansing in these regions seems associated with lustral waters. So this is pure speculation on my part, but given the widespread awareness and use of resinous torchwood trees like frankincense and myrrh throughout the SWANA and Mediterranean regions, rosemary’s equally fragrant presence and visibly sticky needles could have designated this plant as an incense herb. Perhaps rosemary was burned in places where frankincense and myrrh were too expensive or harder to come by. Or maybe the value of the plant as a medicine and food seasoning meant it was worthy enough to provide as a burnt offering or sacrifice to the gods. We know that incenses made from frankincense and myrrh were used for temples, festivals, feasts, and the homes of the wealthy; so it also seems possible that incenses made from plants such as rosemary were also used in the home for daily and ceremonial use by everyone.

I imagine rosemary's familiarity as an incense herb could have been observed throughout its arrival and use through trade routes or the Roman Empire. Rosemary is often listed as an ingredient for suffumigation during times of plague. It appears alongside other familiar herbs, such as thyme and marjoram, in the famous Four Thieves recipes. These were used in several ways, from soaking sponges to hold up to one’s nose; to cleansing spaces, and fumigation of the hospital or the home. While not Four Thieves, a similar recipe from London in the 1500s from the “The Advices set down by the College of Physicians in London”. The "Preservative by correcting the air in Houses” calls for burning rosemary or juniper in a chafing dish, along with bay leaves and frankincense, with the directive to both inhale and cleanse the house with the smoke. Sometimes lavender and garden sage are suggested; or heating the herbs with vinegar as a way to diffuse the herbs’ properties throughout the house. Using the smoke to fumigate ones’ clothes is also advised. These recommendations are unsurprising, as we now know that rosemary is, like many of these other herbs, antimicrobial, antibacterial, and antifungal. Along with burning thyme, burning rosemary in fumigation of hospital rooms was continued in Europe through World War II.

Also related to the European plagues is the record of an annual festival each April in Ciudad Real, Spain, that seems to have begun around the 1500s as a rite of purification in which the town gathers rosemary, and sometimes bioregional variants of thyme, to build a fire at each of their front doors. The doors and windows of all the households are left open while the billowing smoke fills the streets and homes. When the fires dwindle down the ashes are gathered and discarded. This feels very similar to Scottish saining rites at Hogmanay, but rather than inside each individual house, this is a shared community event. In La Rioja, the feast of San Andrés, which is sometimes called the Smoke Festival, takes place each November and involves burning both rosemary and juniper in a procession which carries an effigy of the saint through the village.

In the use of waters or baths, rosemary appears as a main ingredient in Hungary Water recipes, included with thyme and brandy, as far back as the 1300s when it is presumed to have first been concocted. Hungary Water is one of the first alcohol-based perfumes to appear in Europe. One recipe for French Hungary Water from the 1800s calls for rosemary, lavender, thyme blossoms, and sage to be infused with "inodorous spirits of wine". The history of rosemary in Hungary Water, combined with its possible use in Greek and Roman lustral waters, makes rosemary an excellent candidate for any cleansing and/or purification wash, bath, lustral water, or even room spray.

As always, getting to know a plant more closely by observing their characteristics, properties, and behaviors will often be the best guide in their potential collaboration with us, as well as the personal relationships we each build with them. Clearly, rosemary has a varied and longstanding range of symbolism and use throughout Europe as a protective herb, and is often associated with love and weddings. We can clearly trace its use in the clearing of space during and after illness. As an herb known for its assistance in memory retention, this makes it an excellent candidate for bedstraw to assist dreaming, but also suggests it’s a good herb for divination rituals. This herb also has a strong aptitude for any work having to do with ancestors and the dead, not just because of its historical associations with funerals but also because of its relationship to memory. And I feel it's important to note that any herb with a strong alignment towards protection is a potential collaborator in any offensive, defensive, or warding work. So with all this rich history, rosemary as an incense, or as an ingredient in incense recipes, is a wonderful collaborator for a multitude of ritualistic purposes.

This monograph is adapted from a series of courses taught in 2019 and 2020 and part of a larger ​project about the use of herbs and woods in a few select European smoke and water practices. I've focused on these practices as a way to point towards some traditions we all have access too, and in the interest of peeling back a few layers onto why these herbs are so popular in our contemporary traditions, today. You can read a little bit more about what's coming up, here! 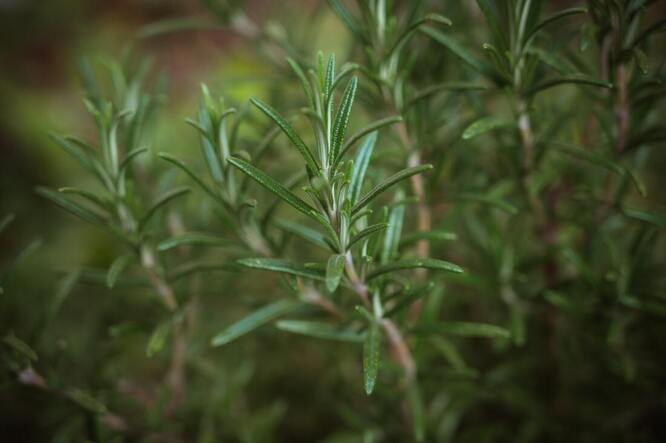