A PORTRAIT OF THE CITY OF PORTLAND, BOTH REAL AND IMAGINED

This is an essay I wrote for the catalogue that accompanied a group show of Portland artists, The City and The City. This exhibition tethers two cities that have historically felt quite separate, in order to build a bridge between communities. These are my thoughts about its meaning to me, and to the future of our continued discourse. Guest curator Daniel Glendening's accompanying essay, as well as full documentation of the exhibition, is here.


While I was thinking about Portland in order to write this, I became aware of how difficult it is to see our sister to the south. I suppose it begins geographically - both the northern and southern regions of the Pacific Northwest are made of glacially formed hills and valleys, broad mountain ranges, and split by a giant river. The immediate differences are obvious: Portland is surrounded by rolling hills, and Mount Hood is the only peak in sight. A calm, wide river rests at your feet. Bridges, everywhere. Meanwhile Seattle lives at the lip of a giant fjord, resting between two craggy ranges and a dotted line of dormant volcanoes. Both cities are torn up by rainstorms, and sometimes shaken by earthquakes. The violence and drama of the subduction zone is apparent in the wrinkling of our geography, and our recent memory of Mount St. Helens. Giant waves crash against cliffs along the Washington and Oregon coasts. We live at the edge of the world..

But, ideologically, I have this idea Portland is a city that makes Seattleites reminiscent of days past. It makes us feel romantic, wistful, and nostalgic about a town filled with the faces of old brick buildings, 19th century charm, worn off painted ads and fire escapes on buildings, progressive politics, and small independent businesses. We take leisurely walks through the quiet streets of that small city remembering when we thought Seattle was once like this. Perhaps we have become too big. Perhaps we forgot what it meant to be here. Perhaps we can only survive so much boom and bust.

My boom and bust vision is clouded of course, with our collective history of fires, occupation, colonization, protest, logging, fishing, a gold rush, aerospace, and twenty years of dot coms. The roots of my city are so closely linked to the roots of Portland, and yet from those roots have sprung two different trees.

Portland’s Wikipedia page reveals a section on its cultural life, that out of the ashes of a burnt up dot com industry has risen a city teeming with creativity. That life has brought forth innumerable galleries and independent projects, young emerging artists, and creative enterprises. Donuts are made with bacon, you’re allowed to eat and drink at strip clubs, bicycles are the number one transport, and being an artist or musician is as much an inherent part of what it is to be Portland as brewing beer and independent film making.

But what about the art world, and what does this selection of artists at LxWxH (Bridge Productions) mean to me, an artist and curator living in Seattle? Who do I imagine living in Portland, and what do I expect to bring to this conversation?

Portland’s art world is revealed to me over time in small pieces - artwork by Patrick Kelly in an obsessive drawing show at Vermillion, writing by Amy Bernstein and Jeff Jahn in PORT Blog, a press release in my email from Disjecta, or a road trip with Jim Demetre to meet Jenene Nagy. I envision the artwork of Portland to be somewhat riskier, as though artists have nothing to lose. Portland feels like there are more independent spaces and less institutional ones. Artists have free reign to speak there for the same reason I feel more freedom here - after living in NYC the West Coast is the last bastion of freedom and entrepreneurship. People move away from the East Coast to get out from under the burden of history, to be freed of the restraints of whatever it is that makes the [art world] machinery turn. As young projects of passion and enthusiasm take shape in an artistically young city the projects could be seen as less refined (they aren't); but they are also more honest.

In order to try and stay abreast of these projects, I tend to collect a mental patchwork of notes from every trip to Portland, never quite grasping a tangible map in my head, nor a real sense of who I've seen or what; or where. It’s like trying to hold a ghost. I just can’t ever hold onto it. Ceramics here, large scale installation in a window there, ah yes - PDX Contemporary and Nationale! But in the last year or so I have begun to focus, and build that map and memory of names and artwork so that I can have something to hold that’s real. So that while I stand in this city, I can still see that one.

Amidst that patchwork, I came across artist Daniel Glendening’s website and discovered a kindred spirit in abstraction, salt, and literature. I made a mental note to try and reach him, to see if he would be interested in working together. Not without some bizarre serendipity, Glendening contacted me to tell me he liked the project and that perhaps we could work together some time to connect our two cities. Without hesitation, I asked what he was doing in May 2013  and now we are here.

Our collection of artists in The City and The City isn’t meant to represent a specific aesthetic that is Portland. Nor is this meant to present a full survey of Portland. Rather, this selection represents a small cross-section of what may be found in Portland right now, by artists who are working across varying media - performance, video, installation, drawing, photography, and painting. These are artists Glendening is tracking, among many others, and artists whom we have selected together. The result of any curation is inevitably a thread which can’t help but emerge by virtue of the curators’ line of sight. It is a thread in which we see overlap between artists in their vision, processes, aesthetics, and thought. In this exhibition there is a continuity of perspective - artists who share a city and who are therefore subject to its cultural and geographical influence.

It’s a wonderful thing as I sit in the gallery, quietly preparing for the upcoming show, that I get a quick meeting with Seattle’s Todd Jannausch, an artist and curator known for his unconventional street exhibitions such as Gallery 40 and Gallery 206. Jannausch is getting ready to take his latest project, Small Voids, down to Portland and Oakland at the end of the first week in May. We’ve just agreed to present the grand finale for Small Voids on the street outside of LxWxH on the very same night of the opening that you've just attended. It’s a brilliant end to an epic project.

But what excites me is the serendipitous timing of Todd’s project to ours; that he is bringing a venue for Seattle artists into other cities. He’s creating opportunities where before, few existed. It will overlap and dovetail with The City and The City in the most perfect way imaginable - once, these were two separate conversations about a similar thing that couldn't meet. Now they have become a conversation about the same thing and are quite literally meeting. The artists in Portland who will be showing in Seattle will have a chance to see Seattle artists on the street of their own town. Seattle will be able to see what I hope is the continued beginning of a venue for more Portland artists in Seattle. These two things will meet again in Seattle on the same block at the same time on the very night that you pick up this publication.

As citizens of Besźel and Ul Qoma, standing in one city to see the other, perhaps Daniel Glendening and I are helping build Orciny - the third city in which we seek to reveal and bring the previously suspected but wholly unknown into the known world. We shift our perspective to allow the other to come forward. In this way, the two cities move closer together to coexist in a way that doesn’t leave us closed off, but with solid bridges which allow us to return again and again. Perhaps this began the moment Todd Jannausch chose to set Small Voids in Portland. Perhaps that small shift in perspective began a large shift in action; a kind of ripple or domino effect. It is fitting that these ways of joining should coincide. It is fitting that in a region beset with and formed from dynamic, tectonic activity that this shift shakes us from a comfortable sleep to wonder what’s happening.

This is what The City and The City means to me right now, in the moment I am typing.It means it is not necessarily “the” beginning, but “a” beginning alongside many others. This is a conversation that will not end, here. There is more to come.

Let us leave a space for us to stand and see it, and each other, again.

Let us build a history together, not just imagined, but real. 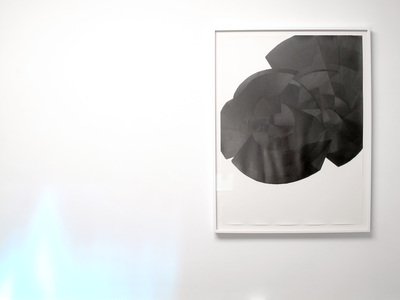 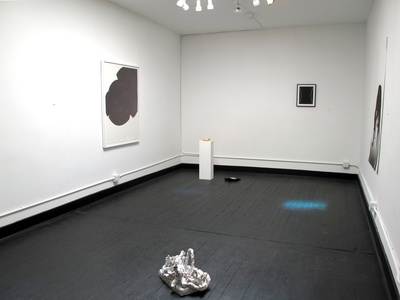 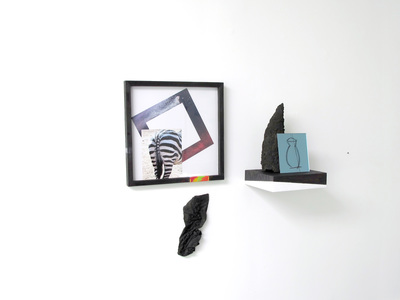 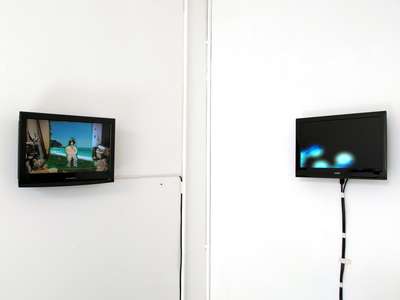 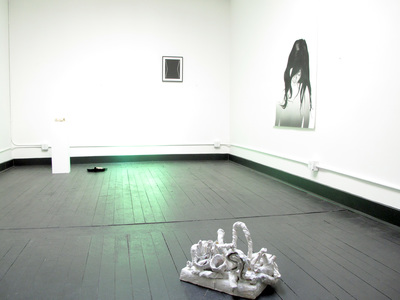 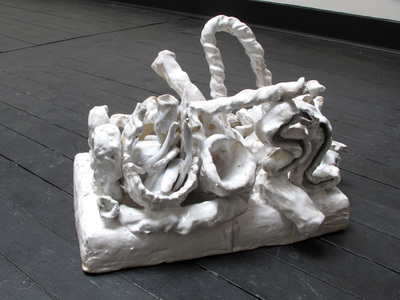